The history of Nokia has been a roller-coaster ride, full of ups & downs, and twist & turns, and the journey still hasn’t reached the end.

The company has existed for more than 150 years. It has been through two world wars and still survived. It helped Finland in the time of crisis and by the year 2000, it accounted for a whopping 4% of the GDP of Finland.

It also failed in the same mobile phone market, where it achieved a milestone that companies only dream of, by capturing 49.4% of the market share in 2007.

There is a lot to learn from Nokia. So, let’s dive in!

In 1865, Fredrik Idestam established a paper mill in southern Finland, and in 1868, he established a second paper mill near the town of Nokia. After three years, in 1871, with his friend Leo Mechelin, Idestam formed a shared company called Nokia Ab.

Fredrik Idestam retired and Leo Mechelin became the chairman of the company in 1896.

After the retirement of his friend, Leo Mechelin expanded Nokia Ab’s operations, in 1902, into electricity generation. Fredrik was not in favour of this, but the expansion of operations didn’t stop.

In 1922, Nokia Ab was nearing bankruptcy because of World War I. To save the same, Finnish Rubber Works acquired Nokia. It also acquired Suomen Kaapelitehdas Oy (Finnish Cable Works).

Finnish Rubber Works grew fast after it moved to the Nokia region in the 1930s to take advantage of the electrical power supply besides other services.

From the 1930s well into the early 1990s, Nokia also made respirators for both civilians and the military.

Creation of Nokia Corporation in 1967

In 1967, the turning point of Nokia arrived. The three companies – Nokia Ab, Finnish rubber works, and Kaapelitehdas – merged together giving rise to the Nokia corporation we know today.

Nokia corporation restructured itself into four major businesses – rubber, cable, forestry, and electronics.  Nokia also started making communicating devices and M61 gas mask for Finland’s defence forces. From this point on Nokia slowly started to focus more on the telecom industry as it was still untapped at that time.

Kari Kairamo took the seat of CEO in 1977 and transformed Nokia. During his time as CEO, Nokia acquired Salora, a television-maker in 1984. It acquired Luxor Ab, electronics and computer-maker, in 1985 and then in 1987, French television company Oceanic.

This trend continued as Nokia acquired Mobira, a mobile-phone maker, which would help the company to usher into its golden era in the future. With Mobira, Nokia had launched its first mobile phone: Mobira Senator in 1982.

But everything was not fine as Kari Kairamo committed suicide on December 11, 1988. The reason behind it is still unclear. He was replaced by Simo Vuorilehto.

After Simo Vuorilehto’s appointment, a major restructuring was planned. Many of the groups within the company were divested. Finnish rubber works separated from Nokia. The computer-division, Nokia Data, was sold in 1991, to a UK-based International Computer Limited. It looked like Nokia was financially struggling, as a result, its stock prices shrank and the collapse of the Soviet Union added to the agony of the company as it was a major customer for Nokia.

In 1992, Jorma Ollila replaced Simo Vuorilehto as CEO. He opposed the idea of selling the mobile-phone division of Nokia and turned it into a telecom-based company. This decision proved to be fruitful and helped Nokia to enter the golden period.

In 1992, Nokia introduced the world’s first commercially available GSM phone, Nokia 1011, which was used by the Finnish Prime Minister Harri Holkeri to make the world’s first GSM call. After this event, Nokia’s name spread like wildfire throughout the world.

In 1998, it overtook Motorola and became the No.1 phone manufacturer in the world. Nokia became a household name and continued to gather more ground in the market. Nokia was the pioneer of innovation. It knew that mobile phones are the future and it capitalized on the opportunity. In the following years, it launched many different phones.

Nokia became the first company to introduce a camera on a mobile phone. In 2007, the market share of Nokia swelled up to 49.4%, making it the one and only company in the world to do so.

But the golden days didn’t last long as internal issues were slowly tearing the company apart. Thus, began the downfall of the telecom giant.

From being the largest telecom company in the world in 2007 to being on the brink of bankruptcy in 2013, Nokia saw their worst days. The downfall of Nokia was a consequence of many internal and external factors.

There were many reasons that led to the failure of Nokia. Among them, the major reasons were:

When Nokia realized its mistakes, it was a little too late, by then Apple and Google were already established in the market and their market share was steadily declining. Nokia’s Symbian OS was outdated and no match for Android OS and iOS.

In 2010, Stephen Elop became the new CEO of Nokia. One year later, Nokia announced a strategic partnership with Microsoft and adopted Windows OS for the phones. This decision was taken in hopes of reviving Nokia as a smartphone brand.

The main problem with Windows phones was the limited number of apps. Nokia sales declined further in 2012 and 2013. The state of Nokia deteriorated to a point where it was going to become bankrupt.

To avoid such a situation, Microsoft stepped in and bought Nokia’s mobile phone division for US$ 7.2 billion.

In 2007, Nokia had started a 50/50 joint venture with Siemens Communications. The venture was called Nokia Siemens Networks. It became a subsidiary of Nokia Corporation.

After the sale of its mobile phone division, Nokia focused on data networking and telecommunications equipment. In 2013, it acquired 100% shares of Nokia Siemens Networks and rebranded it as Nokia Networks.

HMD Global is a Finnish mobile phone company made by previous executives of Nokia. It bought back the mobile phone division from Microsoft in 2016. It learned from past mistakes and partnered with Google’s Android One program.

From virtually zero sales in 2015-16 to 1.5 million Nokia smartphones sold in 2017, HMD global revived Nokia. In Q3 of 2018, it shipped more than 4.8 million units, making it the 9th largest smartphone vendor worldwide.

Nokia is currently the front-runner in the race to provide 5G technology in the world. Nokia Networks is the largest subsidiary under Nokia corporation.

Nokia is once again paving to the top, and this time the past mistakes won’t get repeated.

Go On, Tell Us What You Think!

Did we miss something? Come on! Tell us what you think about our article on the history of Nokia in the comments section. 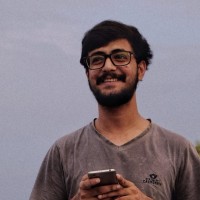 Currently pursuing B.A. (Voc.) Small and Medium Enterprises from the College of Vocational Studies, Delhi University. He has a knack for research work, writing and discovering new music.

Let’s get started – or 60 ways to make money online

Get news directly to your mailbox.